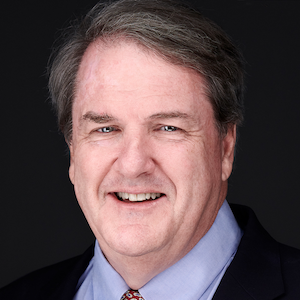 Buckley Cole has practiced law for 40 years. During the last 35 years, he has practiced in Nashville and in state and federal courts throughout Tennessee. He has also mediated and arbitrated numerous disputes for his clients. Mr. Cole has been AV Peer Review Rated by Martindale-Hubbell—the highest rating from this widely recognized and highly respected lawyer rating organization.

Mr. Cole has primarily handled business disputes, focusing on contract interpretation and enforcement. He has worked extensively with real estate developers, realtors, construction firms, property owners, contractors, commercial borrowers and lenders, and commercial landlords and tenants, in most facets of the real estate and construction industries. He has also represented clients in those industries in disputes over land use, state licensing issues, condemnations, environmental regulations, title matters, foreclosures, and commissions.

In the real estate and construction fields, Mr. Cole’s representations have included the general contractor’s claims for one of the most expensive houses built in Middle Tennessee, a dispute over ownership interests in a regional mall, a hotel development and management firm over termination of a contract for services to a new high-rise hotel, as well as an HVAC manufacturer in disputes across the state.

Mr. Cole has represented parties ranging from individuals and small businesses to multinational corporations. He has litigated over the Uniform Commercial Code (the “UCC”) in state court and federal bankruptcy court. One client, an international components manufacturer, retained Mr. Cole to handle sales disputes for its plants across the state.

Mr. Cole is one of the increasingly rare “native” Nashvillians. After being born and raised here, he attended the University of Virginia for college and law school. He began his legal practice in Philadelphia and then in the Washington D.C. suburbs before returning to practice with one of Nashville’s premier law firms. He has been admitted to practice in Tennessee since 1986.

Mr. Cole has one daughter. She owns a wedding and event planning business in New York City. He enjoys tennis, history, and travel.

Representative Reported Decisions
Contact Us
Practice Areas
Client Reviews
★★★★★
Ross Pepper is indeed a "lawyer's lawyer." He quickly gets to the heart of the matter and does not waste time on trifles. His knowledge of the attorneys on the opposing side and the judge hearing our matter gave me comfort. Ron Erickson Chairman and CEO eCharge Corporation
★★★★★
Mr. Pepper did such a thorough job that I never had to go to trial. He obtained an excellent settlement for me and one that was far more than what was originally offered. Kenneth Casey President KHCV TV Seattle, Washington
View More
Submit a Law Firm Client Review