Contracts in the Rearview Mirror

"Costs and expenses" Are Not Attorney's Fees 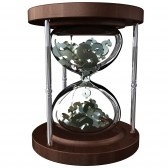 If you (or your client) had a contract that provided that "all costs and expenses of any suit or proceeding shall be assessed against the defaulting party…", and you won the lawsuit against the defaulting party, would you be able to recover the attorney's fees you paid your lawyer? Answer: No. In Cracker Barrel Old Country Store v. Epperson, 284 S.W.3d 303, 306 (Tenn. 2009), the Supreme Court of Tennessee held that such language did not suffice to allow the prevailing party in a lawsuit to recover attorney's fees.

A party who has a claim, but would like time to evaluate its claim or would like time to try to resolve it without filing a lawsuit, may be very prudent to ask a party against whom it has the claim to execute a "Tolling Agreement." In a Tolling Agreement, the party against whom a potential claim may exist agrees that, if the matter can't be worked out and a lawsuit must be filed, that party will not rely on a statute of limitation or statute of repose to try and defeat the claim of the party holding the claim. Such agreements can give parties time to negotiate or to see how important events unfold without the party who has the potential claims being forced to file a lawsuit to beat a filing deadline.

You should not rely on any of the articles above until you have obtained the opinion of a lawyer. The law is too complex and legal outcomes are too dependent on the unique facts of each case for you to be able to rely on the above advice/opinions/articles without obtaining the opinion of a lawyer who is familiar with the facts of your particular case. There are many exceptions to general rules of law and there may be an exception to the general legal rules discussed above. You will not and cannot know if some important exception might apply to your situation until you have consulted with a lawyer about the particular facts of your case. This newsletter is not intended to be and should not be relied upon as legal advice. This newsletter is protected by copyright, but material appearing herein may be reproduced or translated with appropriate credit.

Contact Us
Practice Areas
Client Reviews
★★★★★
Ross Pepper is indeed a "lawyer's lawyer." He quickly gets to the heart of the matter and does not waste time on trifles. His knowledge of the attorneys on the opposing side and the judge hearing our matter gave me comfort. Ron Erickson Chairman and CEO eCharge Corporation
★★★★★
Mr. Pepper did such a thorough job that I never had to go to trial. He obtained an excellent settlement for me and one that was far more than what was originally offered. Kenneth Casey President KHCV TV Seattle, Washington
★★★★★
I am writing in regard to Ross Pepper at Pepper Law. I was a 1099 Representative. My company was a large independent representative company for a very large national service company. As a long time business owner, it was very hard to turn over control to Ross and his firm. In a short time, I recognized I could not only trust Ross, but could be dependent on his direction and control. Through my experience, Ross was dependable and pragmatic. Ross took great conscious of my legal expenses through the entire process. I have had the experience of working with many and attorneys on several complicated matters through my career, but none as great as this case. I could not recommend Ross more as a critical asset. Tom N.
View More
Submit a Law Firm Client Review