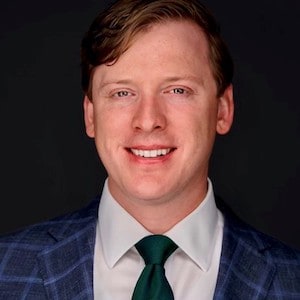 Dan Whitaker is a commercial litigator. He assists individuals and businesses in a variety of civil litigation in state and federal courts, including contract disputes, business torts, real estate disagreements, construction matters, labor and employment law, and contested estates.

Before joining Pepper Law, Dan spent five years with the Tennessee Attorney General’s Office where he counseled senior leadership and represented the State in a wide range of matters, including consumer protection investigations, state and local tax litigation, and public utility regulation. He has argued dozens of cases before trial and appellate courts and regulatory boards

Dan grew up on his family’s horse farm in Marshall County, Tennessee, and is an eighth-generation Tennessean. He graduated magna cum laude from the University of Tennessee at Knoxville in 2013 with a Bachelor of Science in Economics and a concentration in International Business, where he was a member of the Global Leadership Scholars, UT’s premier honors program for business students, worked for a Department of Defense-focused consulting firm and think tank, and interned for a Member of Parliament while living in London. In 2016 he received his law degree—with a concentration in Advocacy and Dispute Resolution—from the University of Tennessee College of Law, where he was elected by the faculty to the Order of Barristers.

Dan is active in the Tennessee and Nashville Bar Associations, serves on the Haslam College of Business Young Alumni Board, and is a parishioner at St. George’s Episcopal Church in Nashville.

J.D., University of Tennessee College of Law, 2016
Order of the Barristers, Editor, Tennessee Journal of Law and Policy, Moot Court Board, Advocacy Clinic