Experienced Trial Lawyers Who Understand Your Business
Contact Us Now For a Consultation
Home
Attorneys
Elizabeth A. Alexander 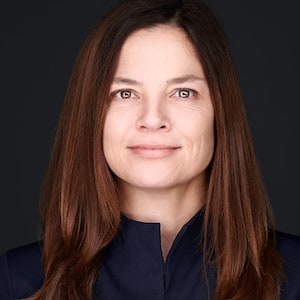 Beth Alexander has been named one of Nashville’s Best Lawyers by Best Lawyers in America, a Super Lawyer, and a Top Attorney in Environmental Law by Law and Politics. She has served as a Board Member of the Lawyers’ Association for Women and the Nashville Bar Association, Young Lawyers’ Division. She is also a Nashville Bar Fellow.

Ms. Alexander graduated from Vanderbilt University School of Law in 1998 and since then, she has focused her practice on general litigation, primarily in federal court. Her practice has included commercial litigation, consumer law, property disputes, employment law, and environmental law. She has represented both plaintiffs and defendants.

Ms. Alexander clerked for the late Honorable Thomas A. Higgins at the United States District Court for the Middle District of Tennessee. Prior to joining Pepper Law, Ms. Alexander was a partner at the national law firm of Lieff, Cabraser, Heimann & Bernstein, where she litigated multi-million-dollar cases, including class actions, complex litigation, and mass torts. Ms. Alexander was also a Senior Attorney at the Southern Environmental Law Center in Nashville, where she was lead counsel in a federal trial that resulted in a multi-billion-dollar verdict for her clients.

While she makes frequent trips to her home of origin in East Tennessee, Ms. Alexander resides in Nashville, where she has lived and worked since 1995. Ms. Alexander enjoys hiking, traveling, and spending time with her two children.

Honors, Awards, Memberships
Representative Clients
Area of Practice
Contact Us
Practice Areas
Client Reviews
★★★★★
Ross Pepper is indeed a "lawyer's lawyer." He quickly gets to the heart of the matter and does not waste time on trifles. His knowledge of the attorneys on the opposing side and the judge hearing our matter gave me comfort. Ron Erickson Chairman and CEO eCharge Corporation
★★★★★
Mr. Pepper did such a thorough job that I never had to go to trial. He obtained an excellent settlement for me and one that was far more than what was originally offered. Kenneth Casey President KHCV TV Seattle, Washington
View More
Submit a Law Firm Client Review