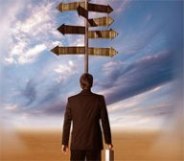 What Level of Duty Does a Fiduciary Have?

A phrase used by the courts very frequently to describe the fiduciary duty of a corporate officer or director is "utmost good faith." Corporate officers and directors, as fiduciaries, have an obligation to refrain from acting in their own best interests, with respect to decisions made in their fiduciary capacity, where doing so would conflict with the interests of the corporation or its shareholders. The responsibilities of corporate officers and directors are unlike, for example, the responsibilities of mere parties to a contract, or parties doing business with one another, who can, and indeed, are expected to act in their own best interests (even if doing so directly conflicts with the other party’s interest).

I. When Corporate Officers and Directors Compete

This article focuses on the third potential pitfall only. Under Tennessee law, whether a corporate officer or director has breached his or her fiduciary duty to a "former" corporation by engaging in competitive acts requires an analysis of the unique facts of each case. As with what seems to be just about every other area of the law, there are no distinguishing bright lines, but a multitude of grey areas which comprise the boundaries between permissible competition, on the one hand, and competition in violation of a fiduciary duty, on the other hand. That being said, here are some general rules as to what does and does not amount to a breach of a fiduciary duty:

(The existence of a non-competition or non-disclosure agreement may prevent some or all of the above).

Not Allowed II. The Fiduciary Duties of Corporate Officers and Directors to Creditors of the Corporation

III. Joint and Several Liability of Corporate Officers and Directors

Where corporate officers or directors breach a collective fiduciary duty by, for example, approving a transaction, those officers and directors may well be held jointly and severally liable. Where a court applies the principle of joint and several liability, which can only happen in a case where there are multiple defendants, each defendant is held liable for all of the damages awarded by the court. Joint and several liability does not allow a plaintiff to "double-dip" and to recover more than the damages which the plaintiff sustained, but it does allow the plaintiff to collect those damages from any of the defendants who are jointly and severally liable.

IV. Statute of Limitation for Actions Against Corporate Officers and Directors for Breach of Fiduciary Duty