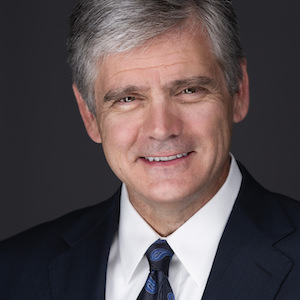 J. Ross Pepper is a trial lawyer with over 29 years of experience representing clients in civil trials and arbitration proceedings.

Mr. Pepper has handled cases all over the state of Tennessee in both federal and state courts and at both the trial and appellate level. He has handled cases outside of Tennessee, including business litigation in the Superior Court of Delaware, and has argued appeals before the Court of Appeals of Tennessee, and the United States Court of Appeals for the Sixth Circuit. Mr. Pepper has received numerous awards and distinctions throughout his career including a Martindale-Hubbell “AV” rating- - - the highest rating for legal ability and ethical standards given by the oldest, most widely recognized and most respected lawyer rating organization. Martindale-Hubbell bases its ratings on the opinions of lawyers and judges familiar with a lawyer’s work.

Mr. Pepper also devotes time to fundraise for Big Brothers and Big Sisters of Nashville and has himself been a “Big Brother” for years. Besides being a lawyer, Mr. Pepper is an avid outdoorsman. 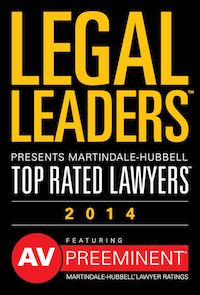 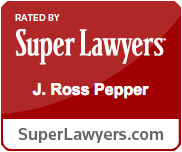 Publications
Bar Admissions
Representative Clients
Area of Practice
Contact Us
Practice Areas
Client Reviews
★★★★★
Ross Pepper is indeed a "lawyer's lawyer." He quickly gets to the heart of the matter and does not waste time on trifles. His knowledge of the attorneys on the opposing side and the judge hearing our matter gave me comfort. Ron Erickson Chairman and CEO eCharge Corporation
★★★★★
Mr. Pepper did such a thorough job that I never had to go to trial. He obtained an excellent settlement for me and one that was far more than what was originally offered. Kenneth Casey President KHCV TV Seattle, Washington
View More
Submit a Law Firm Client Review