Liability Under the Tennessee Consumer Protection Act for Unfair Conduct 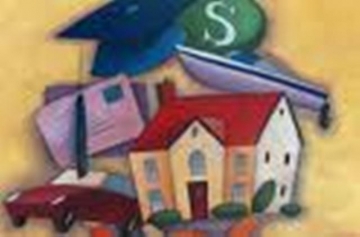 The Tennessee Consumer Protection Act (the "TCPA") forbids not just "deceptive" acts and practices, but also, "unfair" acts or practices. When violations of the TCPA are alleged in a lawsuit, the stakes can become much higher for the parties than they would be in a lawsuit involving the same conduct, event or transaction, but in which only typical breach of contract and/or negligence claims are alleged.

Why? A plaintiff who proves violations of the TCPA by the defendant may be able to recover its attorney’s fees (or, more likely, some of them) as well as triple the amount of the plaintiff’s actual damages.

What conduct or practices are "unfair" under the TCPA? The word "unfair," after all, could have a very, very broad meaning. Some Tennessee courts have given guidance as to what types of conduct do and do not amount to "unfair" conduct for purposes of the TCPA. A Tennessee appeals court very recently decided that "simple incompetent performance of contractual duties" does not amount to an "unfair" act or practice which violates the TCPA. In that case, a bank, despite repeated requests by the plaintiff who had fully repaid the bank’s loan, had been unable to deliver the title to a truck which it had financed for the plaintiff.

In another Tennessee case, the court held that the defendant did engage in an "unfair" act where it refused to release the title to a vehicle for which the plaintiff had fully paid unless the plaintiff referred two people to the defendant’s dealership who purchased vehicles.

In Tennessee, every act that results ultimately in some loss to a consumer is not necessarily a violation of the TCPA because it is "unfair." It is also clear that, in Tennessee, every negligent act or practice does not violate the TCPA. It is equally clear, on the other hand, that a plaintiff, even if he or she cannot prove that the defendant acted deceptively, can still prevail under the TCPA if that plaintiff can prove that the defendant engaged in an unfair act or practice. To prevail on such an allegation the court, of course, would have to agree that the defendant’s conduct was unfair.

Contact Us
Practice Areas
Client Reviews
★★★★★
Ross Pepper is indeed a "lawyer's lawyer." He quickly gets to the heart of the matter and does not waste time on trifles. His knowledge of the attorneys on the opposing side and the judge hearing our matter gave me comfort. Ron Erickson Chairman and CEO eCharge Corporation
★★★★★
Mr. Pepper did such a thorough job that I never had to go to trial. He obtained an excellent settlement for me and one that was far more than what was originally offered. Kenneth Casey President KHCV TV Seattle, Washington
★★★★★
I am writing in regard to Ross Pepper at Pepper Law. I was a 1099 Representative. My company was a large independent representative company for a very large national service company. As a long time business owner, it was very hard to turn over control to Ross and his firm. In a short time, I recognized I could not only trust Ross, but could be dependent on his direction and control. Through my experience, Ross was dependable and pragmatic. Ross took great conscious of my legal expenses through the entire process. I have had the experience of working with many and attorneys on several complicated matters through my career, but none as great as this case. I could not recommend Ross more as a critical asset. Tom N.
View More
Submit a Law Firm Client Review